A Day at the Festival 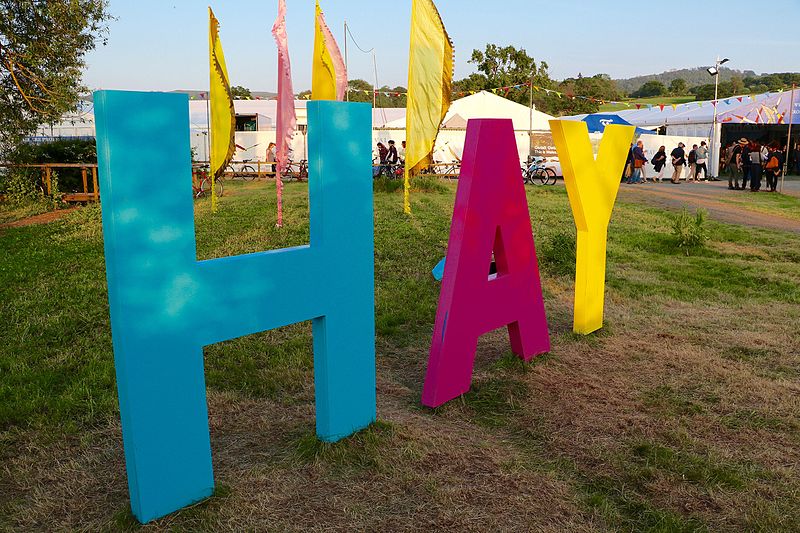 In the random events I chose to attend that day at the Literary Festival at Hay-on-Wye (see www.hayfestival.org) my naïve soul was certainly introduced to a lot about control of facts and suppression of the truth, whether it was Melvyn Bragg’s brilliant commentary on William Tyndale, the greatest Englishman (even influencing Shakespeare), and his insistence that the Bible should be translated into simple English. (Was burned at the stake for such audacity)  or James O’Brian from LBC commenting on the absence of accuracy and the proliferation of  false stories in today’s newspapers, or a tiny organisation trying to get books into Malawi’s poorest village, or Afua Hirsch, a mixed-race Brit who is still asked “Where are you from, really?” as if she has to defend her Britishness.

People love the Hay Festival. Their stuttered spurts of praise and delight are almost incoherent in deep emotion. I think its joy is in the intense energy released from all that new learning –a quarter of a million brains engaged in learning are bound to give a  POW to the atmosphere!

What a privilege, then to meet some of these “normal” people who are making a difference in the world!  And in so many areas!

There was lots more.   Quite a day, quite an eye-opener. Will it change my life?  Hopefully.

Paul McCartney’s plea for us to go partially Vegan (see his Youtube One Day A Week) encouraged me to find out more about plant-based food.  I attended a lively interview with Henry Firth and Ian Theasby and their new Vegan cookbook BOSH!   Most of their huge following comes from their Facebook entries, so I’m glad they also published a book.  Aside from exhausting the English language’s superlatives, their instructions are simple and detailed. Trying out this recipe elicited an occasional “WHAAAA?” but I admit that this is by far the best vegetarian chilli I have ever made, or eaten.  And since it’s Vegan, too, it is open to an even wider circle of our friends.

The chilli is in there somewhere! A layer of brown rice, a layer of chilli, a layer of chopped lettuce, then  grated cheese, then thick yogurt, and then corn chips.  What’s there not to like?   Sliced tomatoes are good, too, if you have them.

Note to my viewer: if you know where to find Vegan yogurt, mayonnaise, and cheese, please write in REPLY so that all can access it.  Thanks.

This site uses Akismet to reduce spam. Learn how your comment data is processed.